This year, the trials evaluated 88 soybean varieties from 15 companies at 71 locations.  Across all varieties and maturities, the tests averaged just over 60 bu/ac.  Sufficient rains and soil moisture got this crop off to a great start and earlier planted beans showed no sign of drought stress in most locations.  As the season went on, July and August offered little rain to much of TN and later planted beans suffered during pod fill and showed reduced yields in many locations.  Maturity and herbicide tolerance is split into 6 protocols.  Glyphosate/Dicamba tolerant varieties are tested in four separate trials; late MG III, early MG IV, late MG IV, and early MG V.  Our Glufosinate tolerant trial, now hosting some 2-4-D tolerant varieties are separated into two trials; early MG IV and late MG IV.

The newer technologies showed promise this year, yielding well within our statistical “A” groups.

Thanks to all our agents, seed companies, and producers who participated in the CST trials.

This information will be covered in more detail during our winter county production meetings. If you have any questions or want to discuss this data, please contact your county agent or myself. 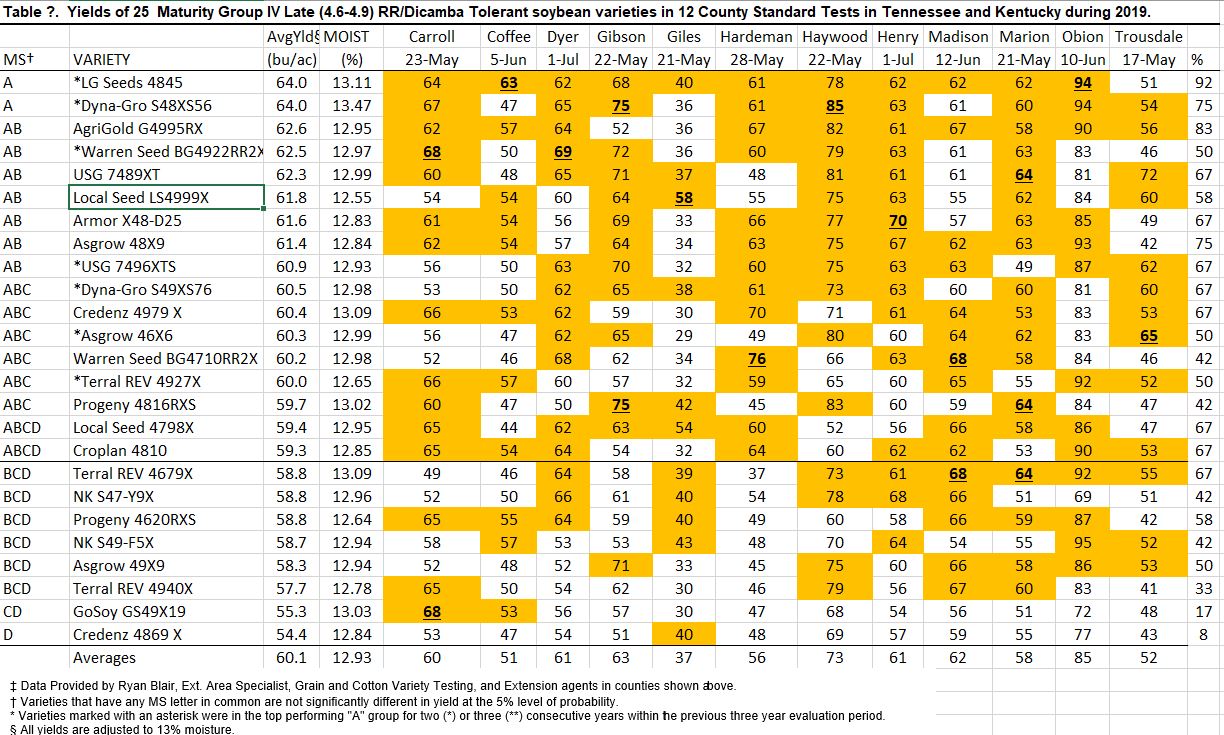