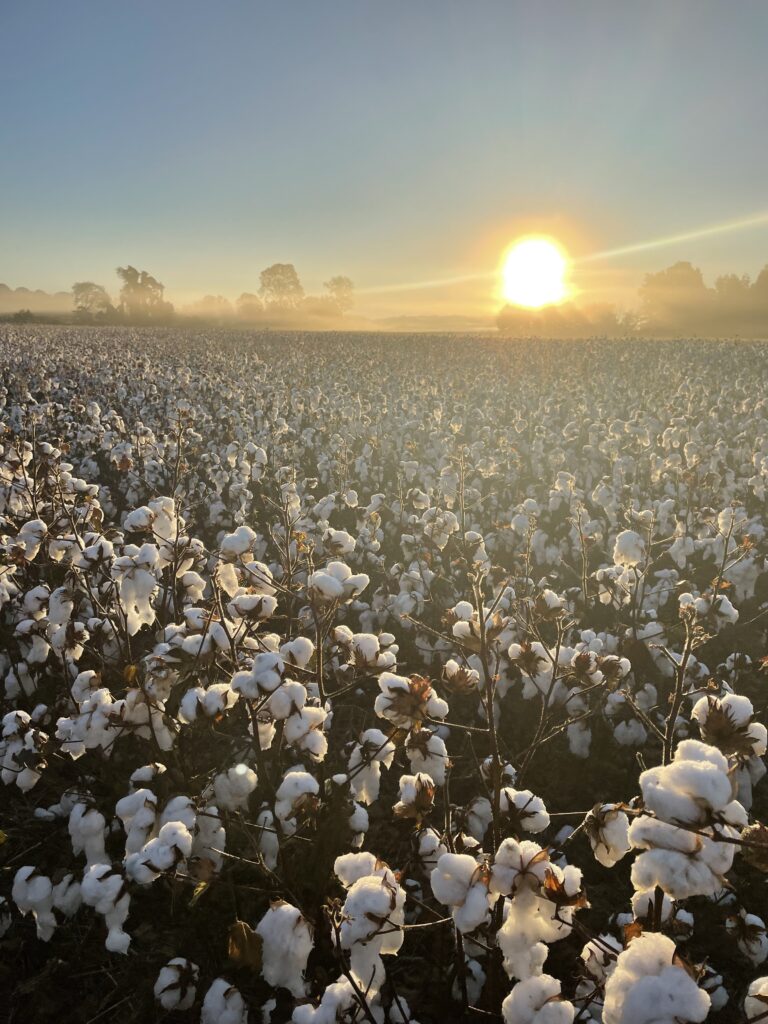 Conversations this week have centered on the forecast lows over the coming weekend, boll maturation at temperatures averaging below 60F, and slow activity of defoliants and boll openers.  In this blog, I briefly tackle each of these issues.

Unless the temperatures fall below freezing for hours, we will likely not see damage to bolls.  Depending on your weather source and location, you’ve likely seen temperatures as low as 33 or as high as 39 forecast for Saturday night; as I write this, the National Weather Service has a prediction of 35F for Jackson.  Several have communicated concern about the potential for frost and the negative impacts that may have on yields.  While a frost may severely injure leaves, frosts have a minor impact on bolls; even after a frost, boll sutures can continue to develop and allow boll opening. Fortunately, the forecast currently does not include temperatures  that would suggest we will fall below freezing for long enough to damage bolls.  I do expect we will see a frost in a portion of our acres that will damage some upper leaves and impact defoliation, but there is not much we can do to combat that injury.

The process of defoliation (development of the abscission zone at the base of the petiole) is more sensitive to temperatures than boll opening (development of the sutures on the bolls).  Over the past day I have visited with many who have called to complain about the progression of defoliation and talk through the second shot concoction.  In almost all of those calls I have strongly recommended the second shot be delayed.  Over the past five years, we have generally had excellent temperatures for defoliation.  When the temperatures drop to our current levels, the development of the abscission layer will take much, much longer and you cannot speed development with a nuclear rate or by applying a premature second shot.  Rates that are too hot and/or an early second shot that generates an extreme level of leaf injury are very likely to kill the leaf before the abscission zone at the base of the petiole can form, subsequently sticking a large portion of leaves.  With our current temperatures, expect the first shot to take a minimum of 7-10 days to generate acceptable levels of defoliation.

Finally, expect boll development to slow down to an extremely low rate moving forward.  Many have reported immature bolls in the upper canopy which are soft to the touch, have jelly within the seed, are easy to cut and are a long way from getting seedcoat color.  Even with marginal temperatures, sunlight and time will support boll development but this process will be painfully slow.  I will not be waiting on any additional bolls to mature; all of my cotton will have received the first shot of defoliant before the end of next week.