Calls continue to come in on concerns about poor Palmer amaranth control after a dicamba application. More than a few have reported that Palmer amaranth has survived multiple dicamba + glyphosate applications (Example above). In visiting with farmers, consultants and retailers it is interesting to note that some are seeing relatively good Palmer control with dicamba.  Others, not so much, with the most concern coming from Crockett, Gibson and Madison counties.  What appears to be ongoing is a segregating population of Palmer amaranth with the more auxin-herbicide tolerant biotypes becoming more numerous in a number of locations.

Several of our research studies this spring at Jackson, Milan and in Gibson county have also seen poor Palmer control with dicamba.  In one recent study Palmer amaranth that was 2 to 5” at the time of a 0.5 lb/A dicamba + 32 oz/A glyphosate application resulted in control less than 60% by 21 days after application.  Higher rates of dicamba were only marginally better (Figure 1). 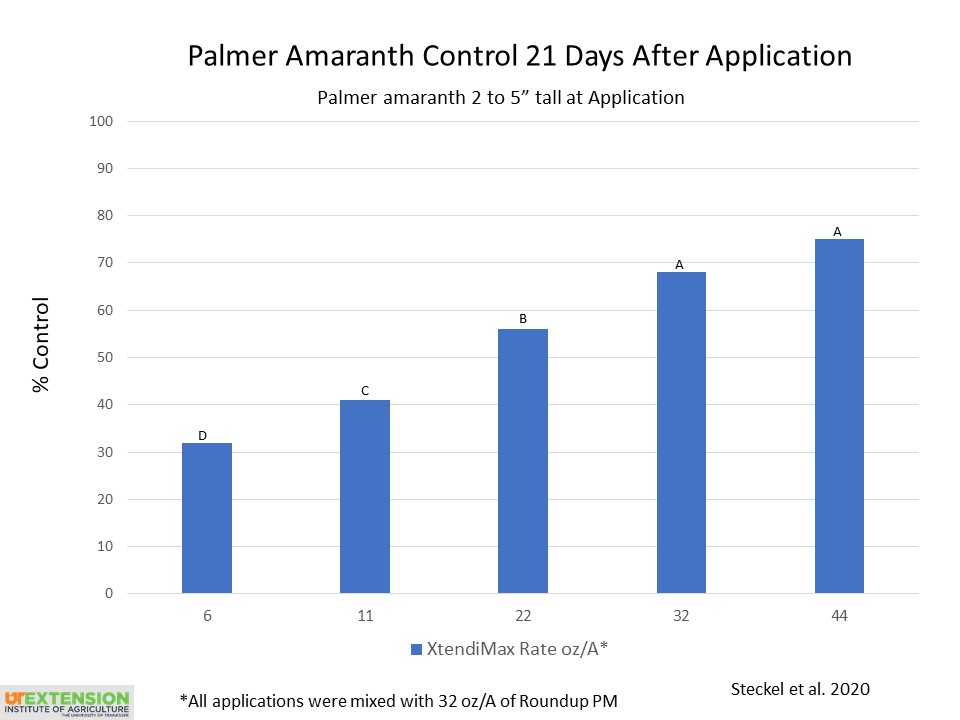 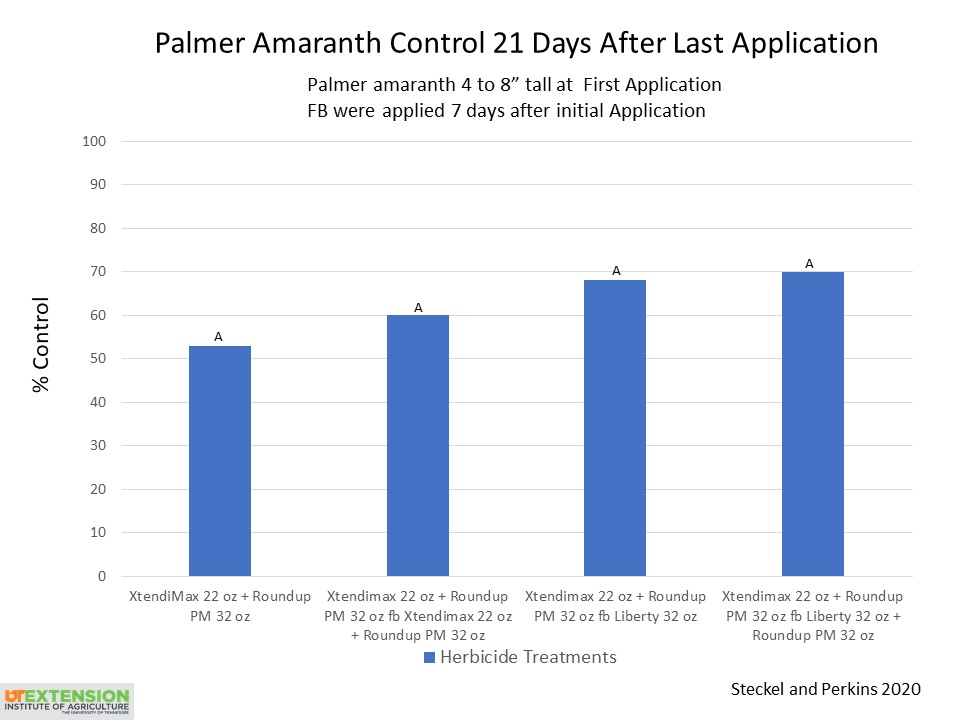 So what should we do?  Allowing the Palmer to recover for only 3 days instead of 7 may have helped control with the follow up Liberty performance.  We have seen where 4 ozs of Anthem Max applied 3 days after an dicamba + glyphosate application improved control of the Palmer escapes to better than 80% in one study.   I would expect a similar if not better result from Liberty if used with that tight a turn around.

These data illustrate the importance of using residual products and to start clean for best pigweed control. This has been the best year in recent memory for the performance of residual herbicides on Palmer.  We will need to rely on them even more in 2021. Don’t forget to use post-directed or hooded applications in cotton.  Some post-direct options are mentioned here POST-Direct and Hooded Applications .

4 thoughts on “Concerns About Poor Palmer Amaranth Control with Dicamba”