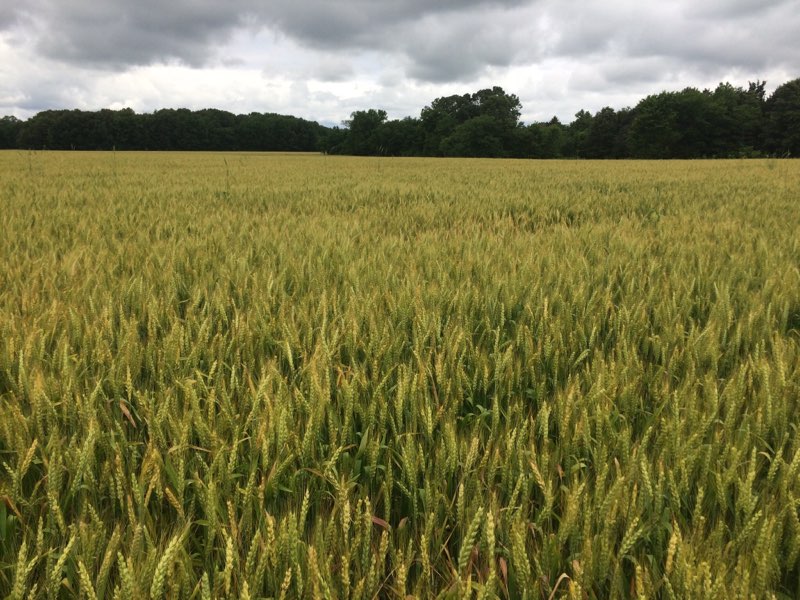 Reports of blanks in wheat heads began trickling in last week and by this week became common.  The impacted areas appear to run northeast from Hardeman/Fayette Counties through Madison county and into Henry County.  The injury I’ve observed has ranged from light to severe, with the worst injury appearing on acres that were planted in early October.  From the windshield, the injury will likely not be noticeable; at a distance, the wheat may simply appear to be maturing rapidly (see image above).  Estimated yield loss from the picture above equaled 40%.

Upon closer examination, heads which have been damaged by frost/freeze will be characterized by aborted portions of the spike (see below).  Injury has typically been most severe on the main stem, but in some areas tillers have also been impacted. 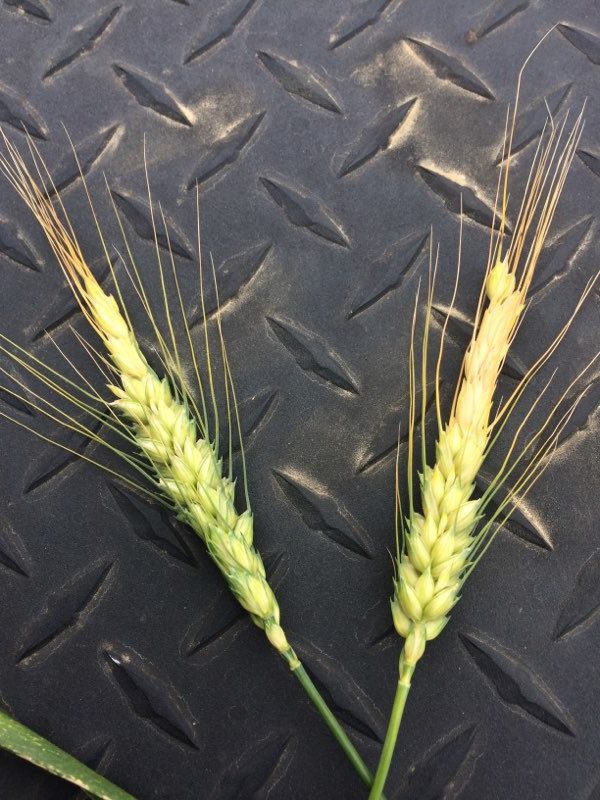 An indicative characteristic of frost/freeze common in these fields is a yellow band on the stem located below the head.  This band will likely not be present on all stems but will be fairly easy to find in frost/freeze damaged wheat (see below). 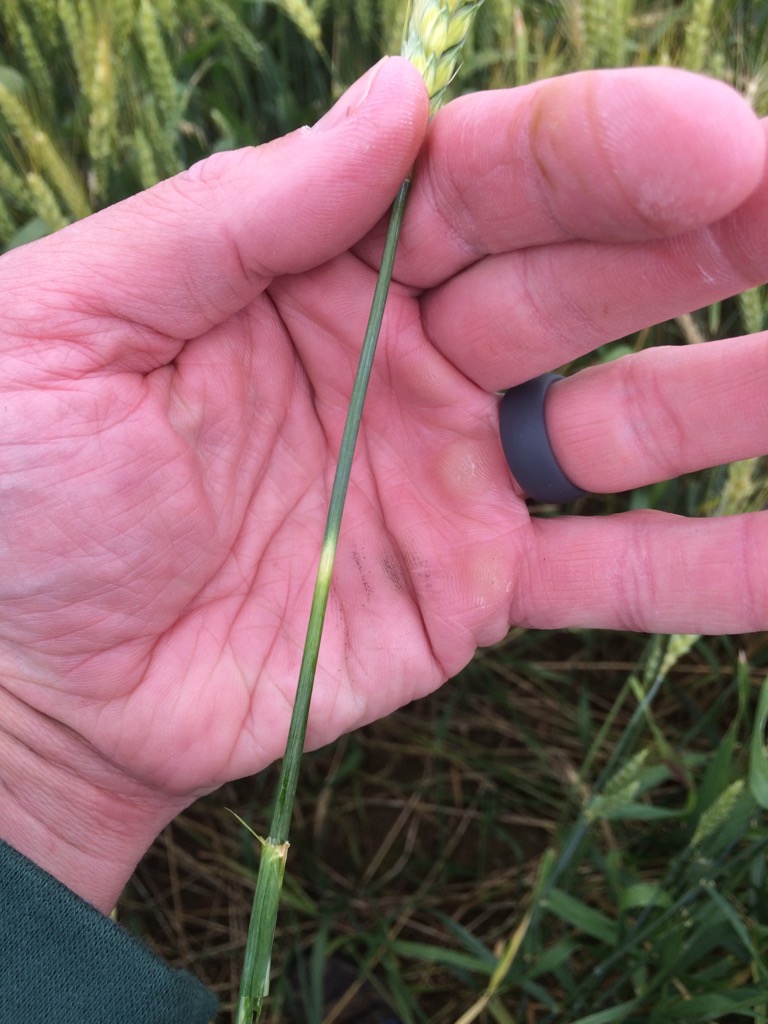 I’m including this information for three main reasons.  First, it will likely be easier to asses percent damage now instead of later, as color differences still exist between healthy and aborted portions of the head.  If insured, I would assess the damage now and begin the claim process, if appropriate.  Second, grain quality may be impacted.  If you are planning to hold some over to plant this fall, you need to test germ rate before planting.  Finally, shattering losses may be greater than normal in damaged heads and harvester adjustments may be appropriate.

Reach out to your local agent if you have questions and we will work to assist in the injury estimate process.