Instead of checking the thermometer last Wednesday morning (4/15) to find temperatures at or around 32 degrees, many found temperatures as low as 28 degrees.  By now (over seven days after the lowest nighttime temperature observed 4/15), we can inspect the wheat crop and get a decent estimate of what (if any) damage occurred.  Before we get into damage assessments, though, I think it is appropriate to take a look at how cold it got in order to get an idea of the expected level of damage.

In order to get an idea of temps across the area, I reached out to Tom Meiners, our local WBBJ Meteorologist.  Tom passed along an excellent resource from NOAA that reports actual temperatures observed at local weather stations.  The above image was generated with that NOAA tool (the interface can be accessed here).  Temperatures reported in this figure represent temperatures observed at weather stations on April 15th at 5AM.

One really nice feature of this tool is the ability to toggle time of measurement.  Temperatures across much of the area fell below 32 degrees around 2:00 AM, but most areas spent only a few hours below 30 degrees.  Based on what we know about wheat cold tolerance from the boot through heading stages, damage really starts to increase when we fall below these temperatures for several hours.  For most of the state, we did not dip below the tolerance range (note temperature sensitivity ranges from the Kansas State figure included below- full publication can be accessed here). 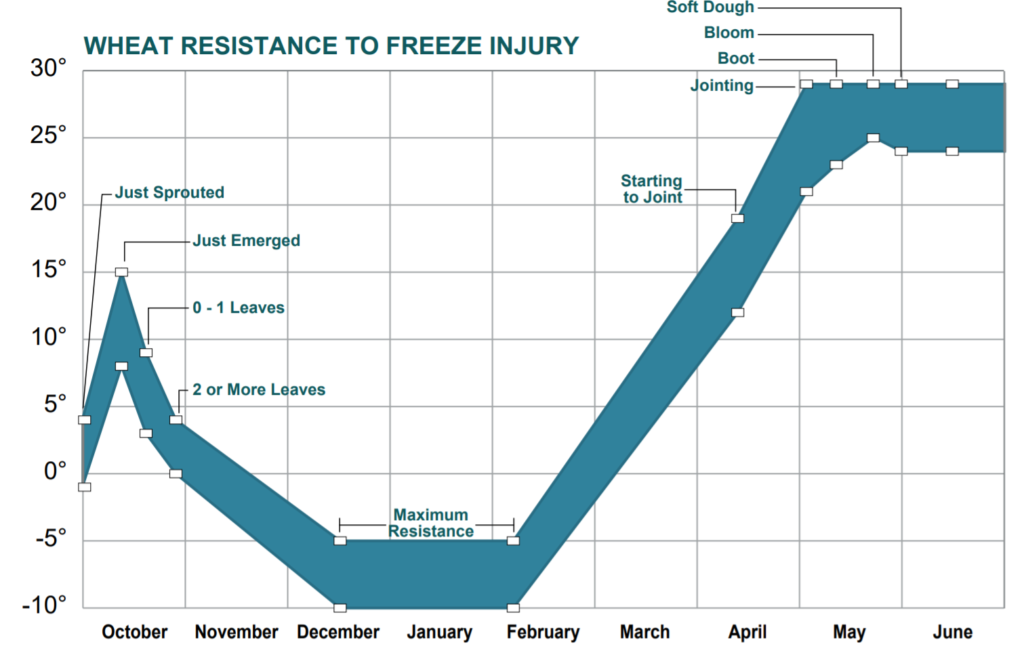 Although I have received some reports of purpling (see image below from Weakley County Agent Jeff Lannom), I’ve not received reports of deformed heads, bleached heads or other signs of severe damage; fortunately, temperatures did not get close to the levels observed during the 2007 Easter freeze. Still, keep a close eye for those symptoms in the coming days and reach out to your local extension agent if you observe damage or have any questions on management.  Fortunately, it seems that we will likely not see widespread injury and it appears temperatures within that range may be behind us.   Now, we just need dry, sunny days. . . 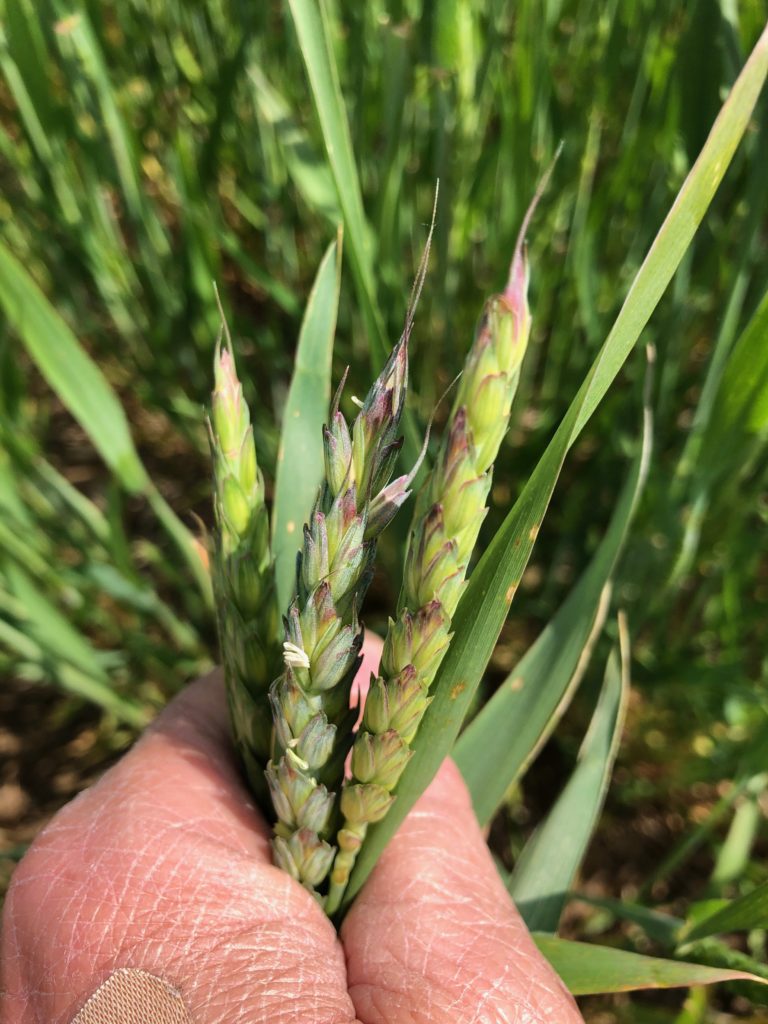