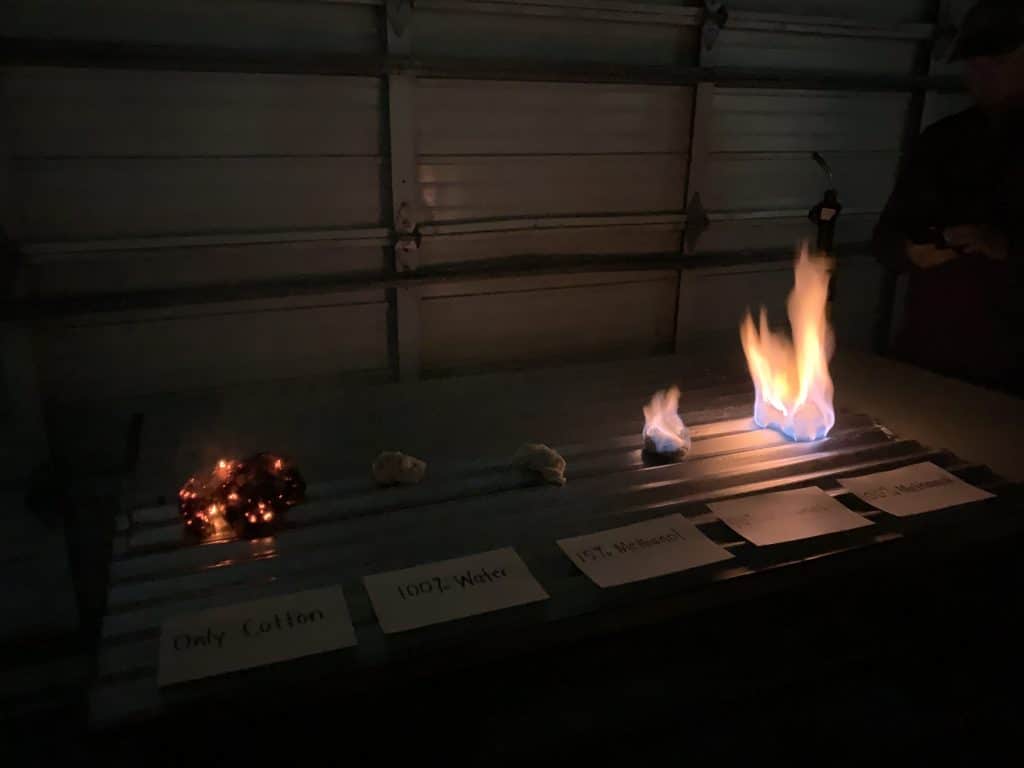 With the arctic blast in the forecast and the substantial number of cotton acres left in the field, several have recently asked about how to keep water in their cotton pickers moisture system from freezing. Some operators occasionally mix a small percentage of methanol with water to lower the freezing point of water, but extreme caution must be used with this liquid since it is highly flammable. This post includes a brief demonstration concerning methanol/water mixtures and freeze points of different mixtures. Please note prior to using methanol or any other liquid in your moisture system you should consult the manufacturer.

Methanol possesses several traits which are extremely important for this discussion. First and foremost, it is a highly flammable liquid.  Subsequently, it should be handled with extreme caution. Even worse, the flame is difficult to see in daylight and it may not produce smoke. Although it’s flammability is less than desirable for use around a cotton picker’s moisture system, methanol also possesses several traits which are very desirable.  Methanol is soluble in water, is colorless, is relatively inexpensive, and (most importantly) will drop the freezing point of water considerably (see below image). 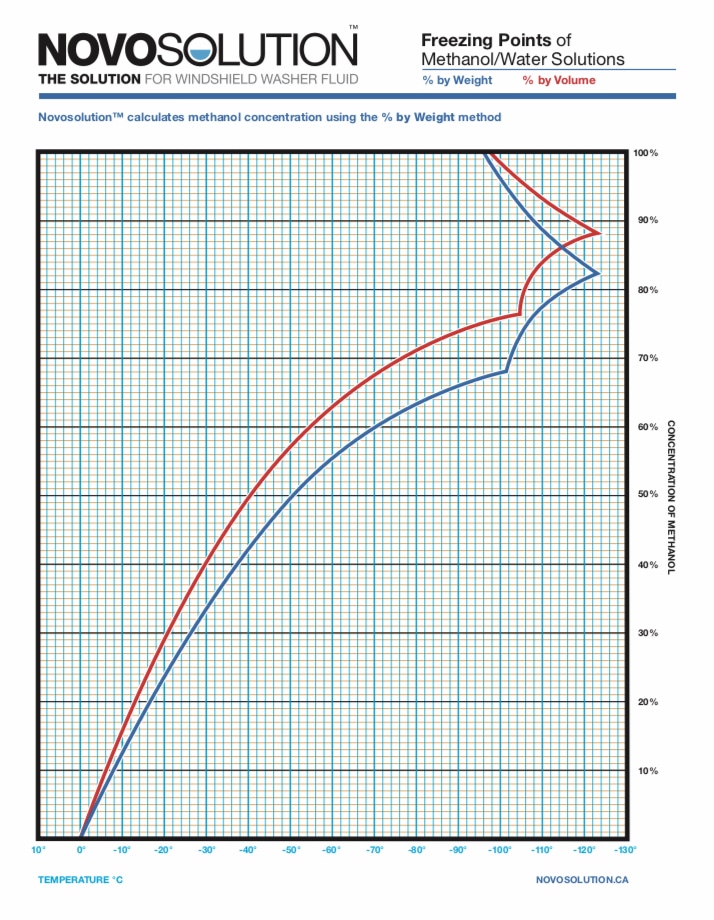 If we follow the red line, we can see (according to NOVSOLUTION) that a 15% volume mixture of methanol in water will drop the freezing point of the mixture down by 10 degrees C, or around 18 degrees F.

While increasing the percentage of methanol will continue to decrease the freezing point of the mixture, it will also increase the flammability of the mixture.  A brief demonstration video is included below. In this video, dry cotton lint was soaked in 100% water, 15% methanol and 85% water, 50% methanol and 50% water, and 100% methanol.  After soaking, we attempted to light each soaked cotton wad. The demonstration can be seen here:

With temps dropping & cotton in the field, questions arose about how to keep your picker running without being a fire hazard while keeping the water flowing w/out using a colored antifreeze. Check out the demonstration to determine the flammability of a methanol/water mixture. pic.twitter.com/pqjiT3LmuB

As a result, the least amount of methanol to drop the freezing point to the desired temperature should be used.  Although we were unable to ignite the 15% methanol mixture, it should be noted that mixtures of 20% methanol and 80% water are still classified as flammable (https://www.bac-online.com/customer/buaico/pdf/METHANOL-5GL_SDS.pdf).

Options to protect the system from freezing at night include draining the system or adding windshield washer fluid at a significant concentration when the tank is near-empty. Note that the systems must typically run in order to line the system with the lower freeze-point solution. While methanol is colorless, many windshield washer fluids or antifreeze solutions are not colorless. I have no data -even circumstantial- on the use of those products on harvest equipment or on fiber quality if used during harvest.

Take Home: it is going to be Canada-cold next week.  If you plan to pick Tuesday, Wednesday, or Thursday, have a plan for your moisture system.