Tennessee soybean growers asked my colleague, Dr. Tom Mueller, and me to vet some of the directions on the XtendiMax and Engenia labels.  In this third post we examine the ability of three pH modifiers approved on the Engenia label to raise spray tank pH.

On the Engenia label it recommends adding a pH modifier to the tank if spray tank pH is below 5.0.  The first pH modifiers brought to our attention by BASF, who manufactures Engenia, were ChemPro CP-70, Norvus K and SoyScience. All three pH modifiers in our study indeed did raise the pH of Engenia and Roundup PowerMax tankmixtures above 5.0, which is recommended on the Engenia label. The same results were seen with XtendiMax and Roundup PowerMax tankmixture. Since this research was conducted, BASF has added many more products to the pH modifier list. 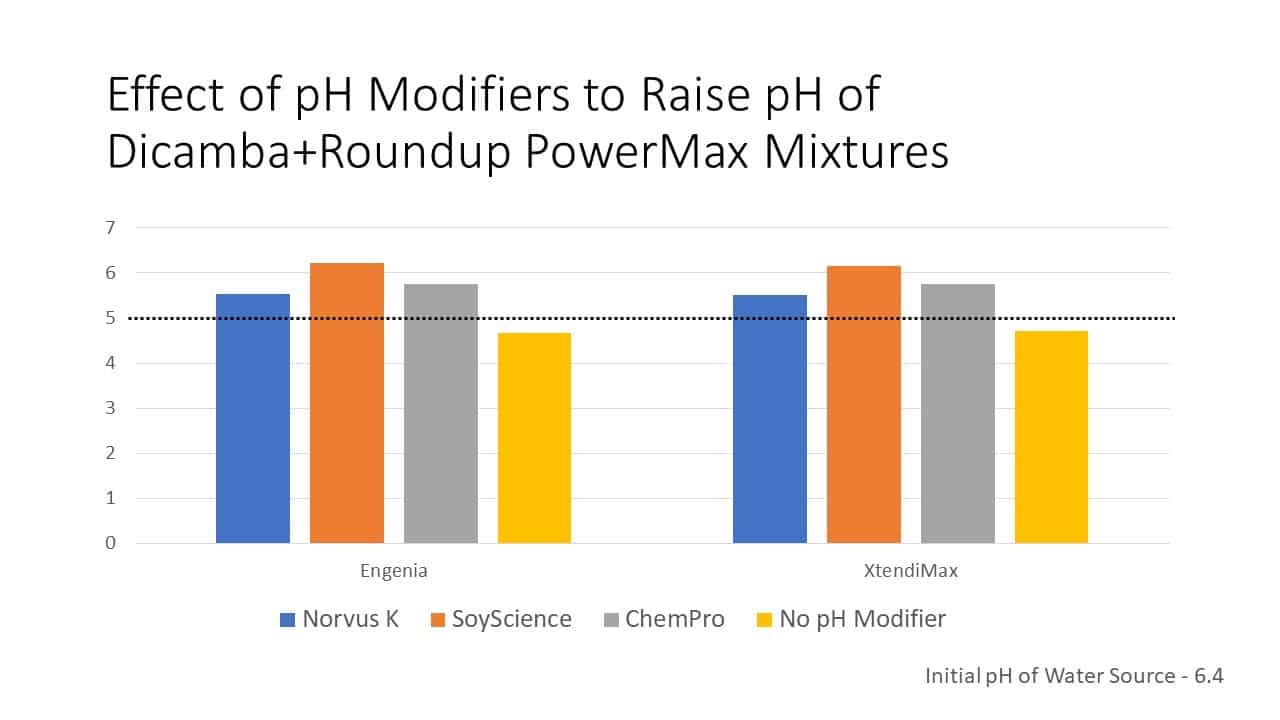 The recommendation to not tankmix Engenia and glyphosate in the Tennessee Weed Control Manual went to press prior to the announcement of the pH modifiers.  The three we tested did raise the pH of the Engenia and Roundup PowerMax mixture.  So, will the University of Tennessee weed committee recommend Roundup PowerMax with Engenia tank mixture if an approved pH modifier is added?

Unfortunately, there are still open questions around the pH modifiers that need to be answered before we would be comfortable recommending them. Is the increase in pH from the pH modifiers sufficient to reduce volatility to acceptable levels? Another question is what effect if any does this increase in pH have on the efficacy of glyphosate? Typically, higher tank mixture pH reduces glyphosate performance, so this question needs to be explored.

In our next and last post in this series, we’ll cover our research which examined the volatility effect when adding glyphosate to low volatile dicamba formulations.