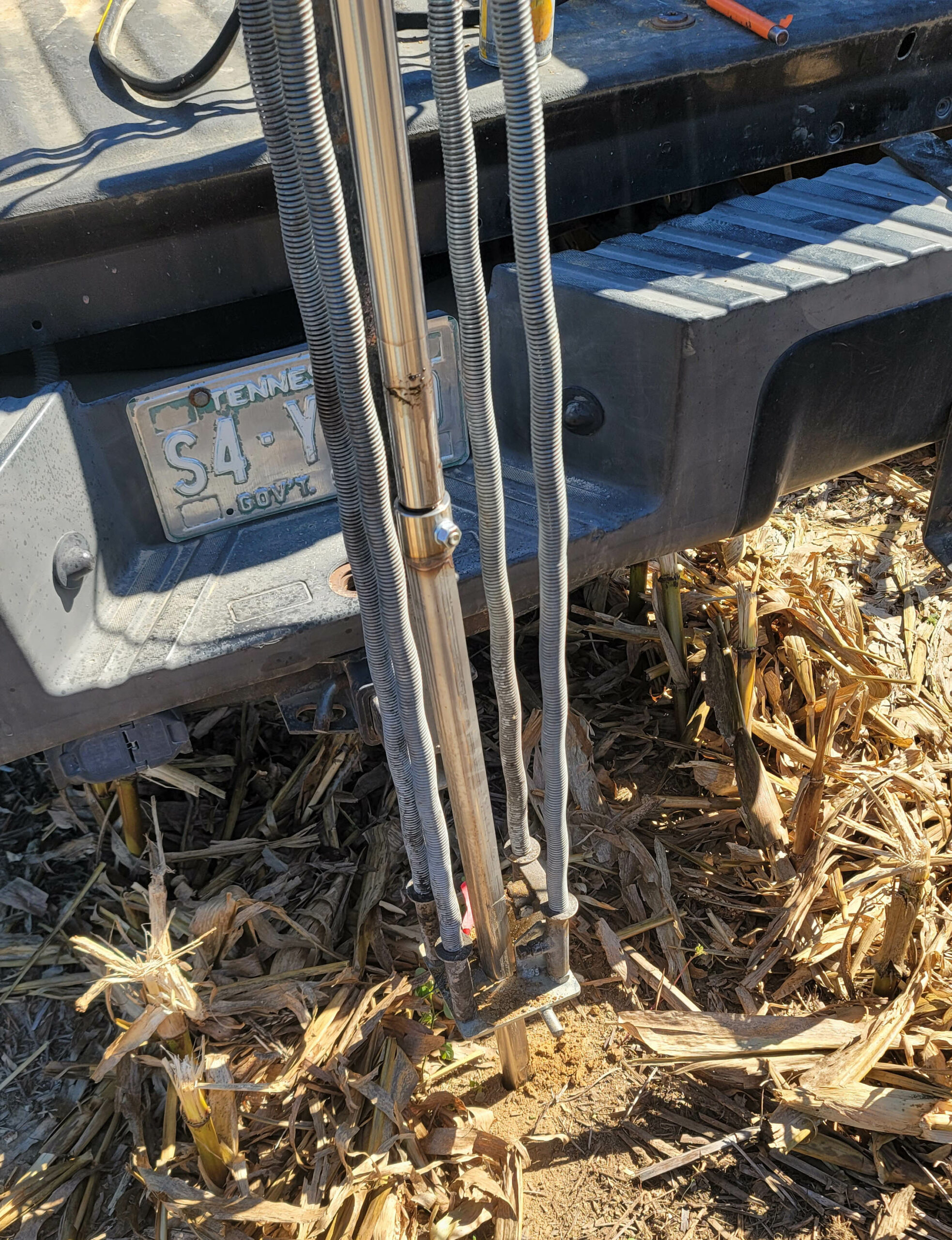 The unusually dry soil conditions during most part of the growing season this year limited nitrogen (N) uptake and lessened the potential for N loss through denitrification or leaching. Intuitively, the unused N, which would be in the nitrate form may remain in the soil. However, since August, there has been considerable amounts (more than 12 inches) of rainfall which can affect the availability of nitrate-N. This has raised questions about how much nitrate-N would be available in the soil after drought and late season rainfall?

To address this question, University of Tennessee Specialists collected soil samples October 2022 (0 – 12-inch depth) from an N rate trial planted in corn. These trials were gravely impacted by drought with an average yield of less than 20 bu per acre across three trials. In the N rate trial, we looked at 6 rates of N (0, 60, 120, 180, 240, and 300 lbs. of N per acre. For the 120, 180, 240, and 300 rates, all the N was either applied at planting (single application) or split-applied at planting and sidedress (split application). For split application, 60 lbs. of N were applied at planting while the remaining N was sidedressed at V6 growth stage. The N source was urea treated with a proven N stabilizer.

The average residual soil nitrate for the N treatment is shown in the graph below. 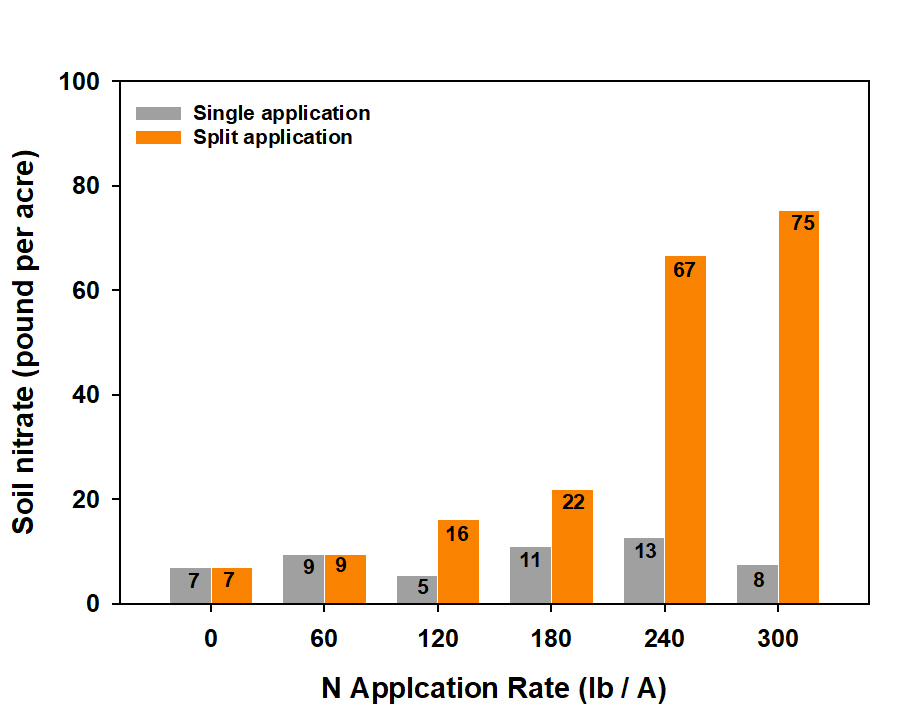 The amount of soil nitrate in the plots with no N (0 lbs. N per acre) was similar to amounts observed in Spring 2022 in adjacent fields. Based on the graph information, the amount of residual soil nitrate was influenced by the timing of N fertilizer application. There was very little to no residual nitrate when the total recommended N was applied at planting i.e. single application rates (gray bars). In contrast, the amount of residual soil nitrate typically increased (16 – 75 lb per acre) in relation to the amount of N applied (120 – 300 lb N per acre) when the N fertilizer was split applied i.e. split application rates (orange bars). So why did we observe very little to no change in the amount of residual nitrate for the single N application rates? Early season N loss may account for the differences in residual nitrate. Corn plants take up little N (less than 12 percent of N uptake during the growing season) until V6 growth stage meaning, there is always significant risk of N loss via leaching, denitrification, or surface runoff. There is also the concept of alternating drying and wetting conditions that can drive ammonia volatilization, which is poorly understood. In this location, there was 4.8 inches of rainfall between N fertilizer application at planting and the V6 growth stage. Meaning there was higher potential for leaching of nitrate before the corn plant could rapidly take up N.

In conclusion, growers with split-N fertilizer application can expect an increase in residual soil nitrate, which should be sufficient to meet the fall wheat demand. It’s important to adopt N management practices that minimize N loss, especially early in the season. Split application of N fertilizer when the total recommended N is more than 120 pounds per acre will minimize N loss and increase residual nitrate.