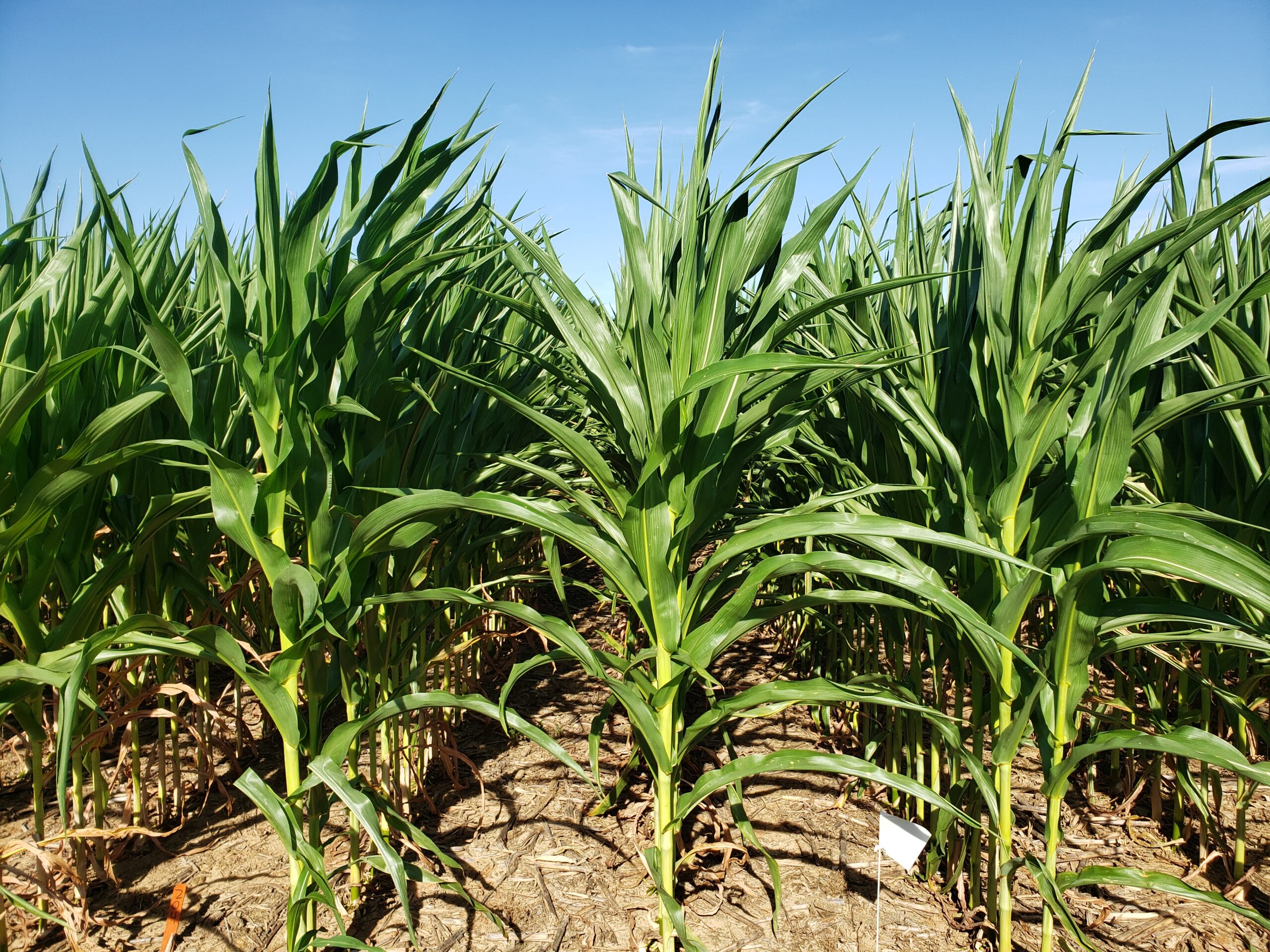 In season plant tissue testing helps producers monitor plant nutrition and can be useful in diagnosing nutrient deficiency.  Detecting deficiencies early can allow the corrective or preventive action that will minimize yield effects from deficiency during the growing season. Nutrient concentrations vary greatly with plant growth stages and the part of the plant that is sampled so specific sampling guidelines and interpretation have been instituted to prevent false diagnosis.

Currently, University of Tennessee’s interpretations for plant tissue testing are based on SERA-IEG-6 sufficiency ranges (click here for more information on interpretation or see tables 1 and 2). The plant part sampled for corn at the early growth is the whole above ground portion at V5-V6 growth stage while the plant part sampled at the early reproductive stage is the recently matured ear leaf at tassel. The soybean plant part sampled at the early reproductive stage is the uppermost recently matured trifoliate leaf at flowering. A nutrient is deficient when its concentration in the sampled plant part is below the sufficiency range listed in Table 1 and 2. Depending on growth stage, plant, and logistics, corrective in season action or preventive action for next year can be taken to minimize yield penalty.

However, considering the unusually dry soil conditions at this time of the year, extra care is needed in interpreting plant tissue results. Under dry soil conditions, there is considerable reduction in nutrient uptake from the soil and as a result, nutrient concentration in the plant tends to be lower than normal. In corn, bottom or older leaves may display visual deficiency symptoms of potassium (K) even though there is sufficient amount of K in the soil. Consider waiting until fields start receiving some rain again before attempting to tissue sample.

Ear leaf tissue N concentration is an indicator of plant nitrogen status going into grain fill, however, N application to correct deficiency should be made prior to tassel. In some fields heavy and frequent rain shortly after sidedress N application may have contributed to N loss, on top of the uptake problems due to current dry moisture conditions. If there are concerns of N loss from sidedress N application, consider a pretassel or even earlier N application via airplane.