Has Palmer amaranth evolved dicamba resistance in Tennessee?  Results from some of the greenhouse experiments this winter and spring as well as in field research this growing season would suggest that our state now has dicamba-resistant (DR) Palmer amaranth. These DR populations are established in Crockett, Gibson, Madison, Shelby, and Warren counties and likely several others.

The level of dicamba resistance is relatively low, about 2.5x. The level of infestation in any given field ranges from a small pocket where a mother plant went to seed in 2019 to an area covering several acres in a field.  This would be comparable to the first documented glyphosate-resistant Palmer amaranth found in Tennessee back in 2006 where most were still getting relatively good Palmer amaranth control with glyphosate while others were noticing escapes in their fields.

When the Xtend crops first came on the scene it was not uncommon to see a stray Palmer amaranth escape dicamba here and there. These escapes would grow very little if at all for 2 or 3 weeks. Then most would be covered up by the crop never to be seen again.  The DR Palmer amaranth in some fields today however will start growing again in about 10 days and in unprecedented numbers (Picture 1). 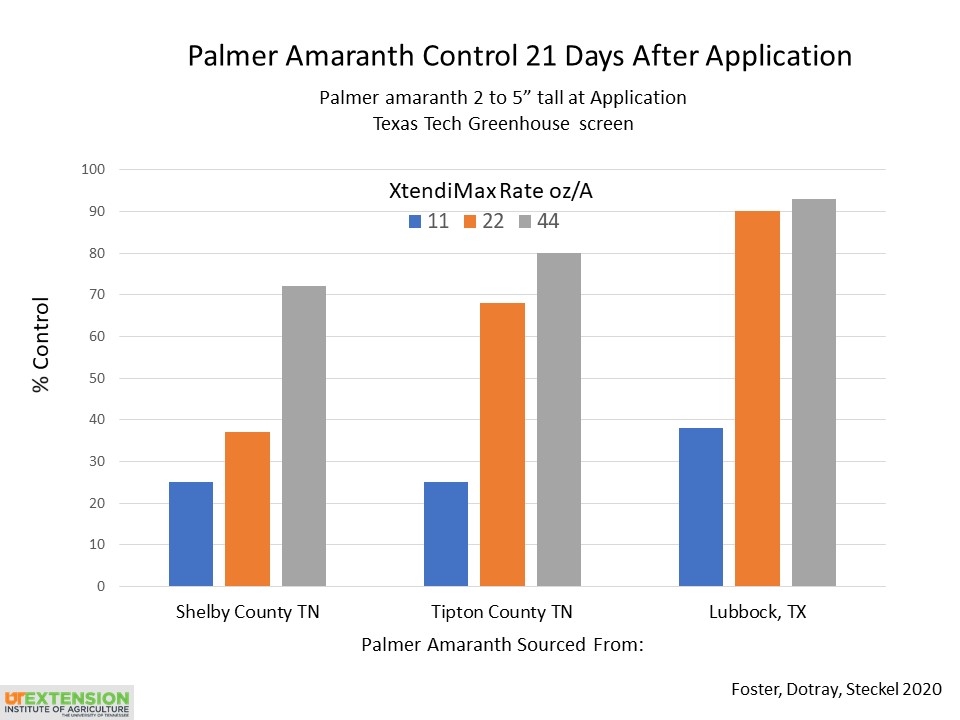 Replicated field trials were conducted on several of these suspect Palmer amaranth populations in Tennessee. The results of these field trials mirrored the greenhouse screens showing that the labeled 1x application of dicamba (0.5 lb/A) provides 40 to 60% Palmer amaranth control.  Follow-up applications of dicamba only marginally improved control in a couple of these trials (Figures 2, 3). Finally, a number of growers reported needing to spray the same Palmer amaranth 3 or 4 times in order to get control.  Those reports unfortunately would indicate that this greenhouse and field research is reflecting what some Tennessee consultants, retailers and farmers are seeing in the field. 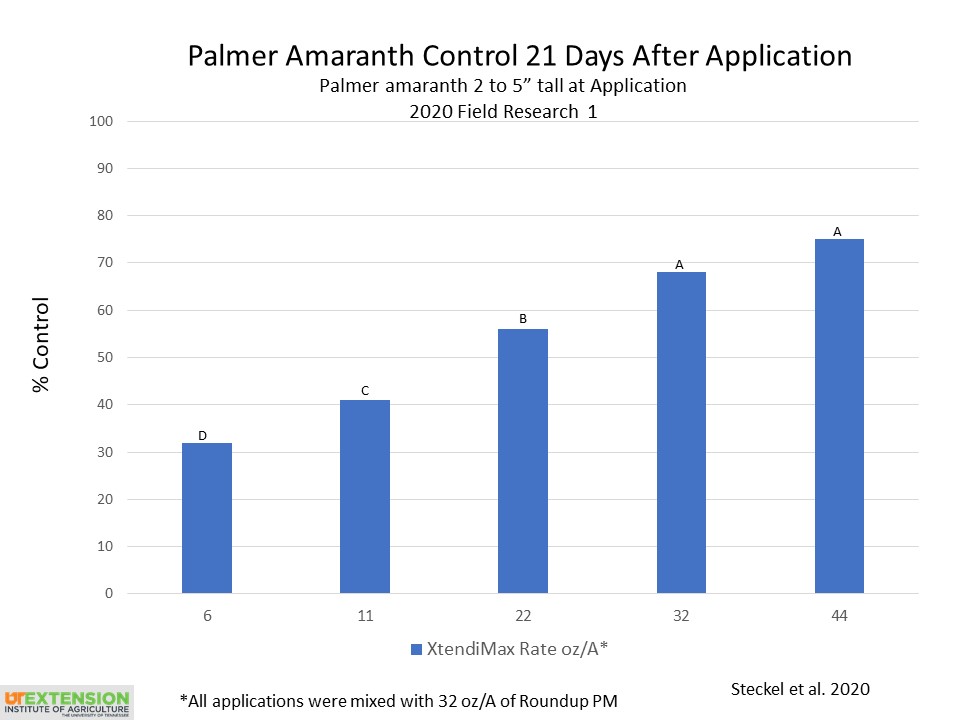 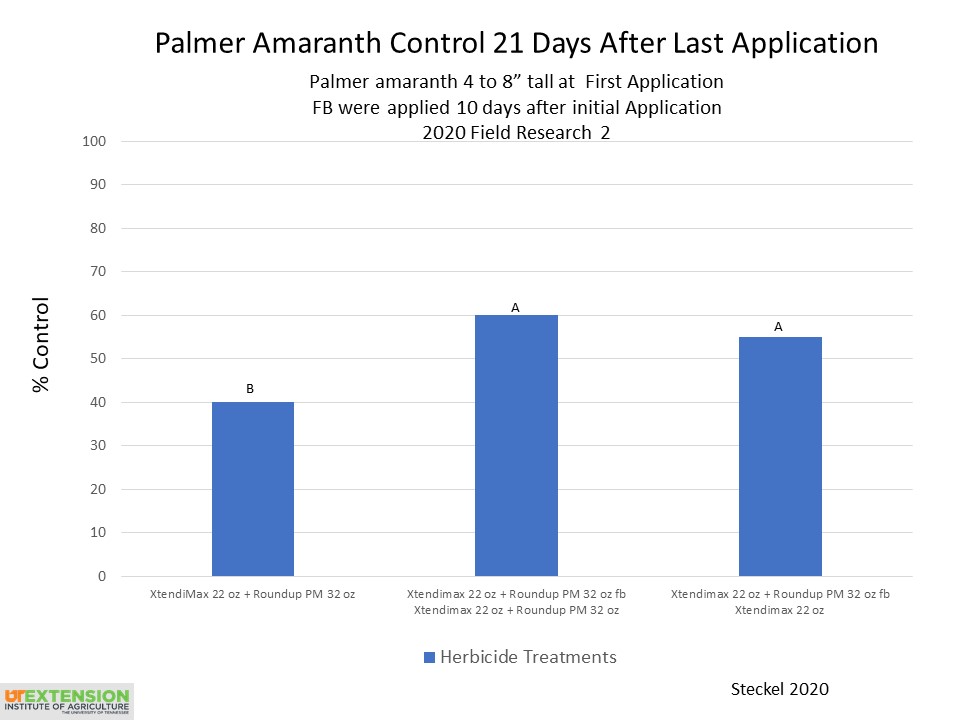 So, is it time to panic?  No. However, it is time to reassess weed management.  Herbicide stewardship is now more important than ever. That is why we have stressed using hooded applications with herbicides such as paraquat, glufosinate, Valor, diuron, pyroxasulfone and MSMA in cotton. As we look forward to 2021 a PRE applied residual that is effective on Palmer is now a necessity.  Moreover, timely applications of Liberty must be used shortly after a dicamba application to remove escapes. Finally, preliminary research would suggest that DR Palmer amaranth will also be more tolerant to 2,4-D.  As such this makes Liberty the most important herbicide in the weed management system in both Xtend and Enlist crops.