There have been a good number of calls reporting poor prickly sida (teaweed) control with Engenia or XtendiMax tankmixed with Roundup PM.  I have seen prickly sida escape dicamba tankmixed with glyphosate in some research here at the station as well.   This appears to have been a building problem as I recall similar, though fewer, calls last year.  The lack of prickly sida control in the Xtend system has been building a seed bank that is apparently showing up in many fields this year. 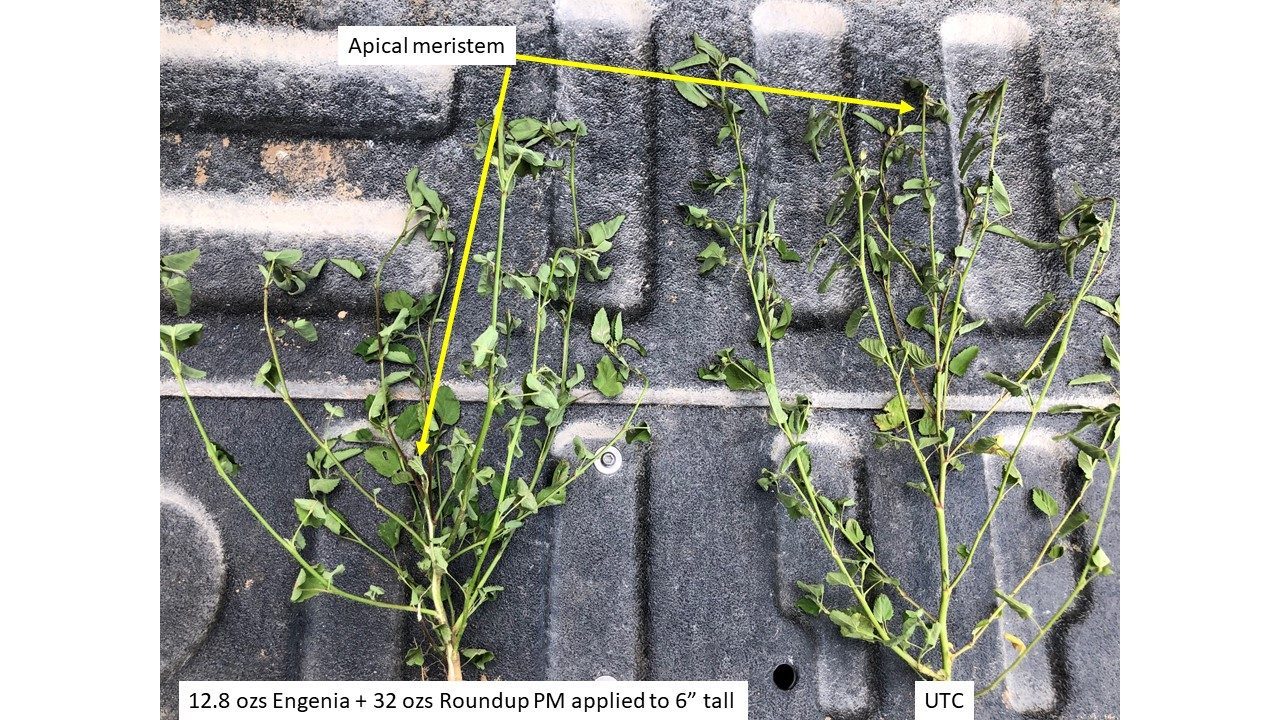 My observation has been that once prickly sida gets about 4 to 6” tall the 0.5 lb rate of dicamba mixed with glyphosate takes out the apical meristem of the plants (picture attached).  The injured weed then tends to branch out from buds located lower on the stem of the plant. Giving it some thought, the poor performance of this tankmix on prickly sida is not surprising as Roundup has never been very good on the sida complex (prickly sida and arrowleaf sida). Moreover, the 0.5 pound rate of dicamba is clearly not robust enough to control prickly sida that has any size (>4″).

So what would be some good options to control prickly sida? In soybean the old standby before Xtend crops was to tankmix 0.10 oz of Python with glyphosate to improve control. This would be my “go to” on these escaped sida.  However, if the regrowth of the sida is above 8” then a higher rate of Python and/or glyphosate is warranted.  Other options in soybean would be Basagran, Ultra Blazer or Cobra.

On another note the MSMA tankmixes would be good options to control the escaped goosegrass and/or junglerice.