Looks like we are fixing to have an overcast week with off and on showers.  In other words, a typical early June week for Tennessee.  At the same time Palmer amaranth is growing very quickly and many will try to get their Liberty applied over Liberty Link soybeans this week.  Liberty typically does not work well under cloudy skies compared to full sunlight.  Of course logistically one may have to spray Liberty in less than ideal conditions. Therefore, we have examined if tankmixing in a PPO herbicide with Liberty will improve Palmer amaranth control during cloudy days and/or of an evening.

What we found last year on a PPO-sensitive Palmer population is that tankmixing will increase the control (Figure 1).  Liberty and fomesafen alone provided great control when applied at noon in our study.  However, if applied early in the morning neither product alone provided good Palmer amaranth control. Moreover, control also suffered if either was applied about 7:00 p.m.. We were able to increase the Palmer amaranth control when fomesafen was tankmixed with Liberty both in morning and evening applications. 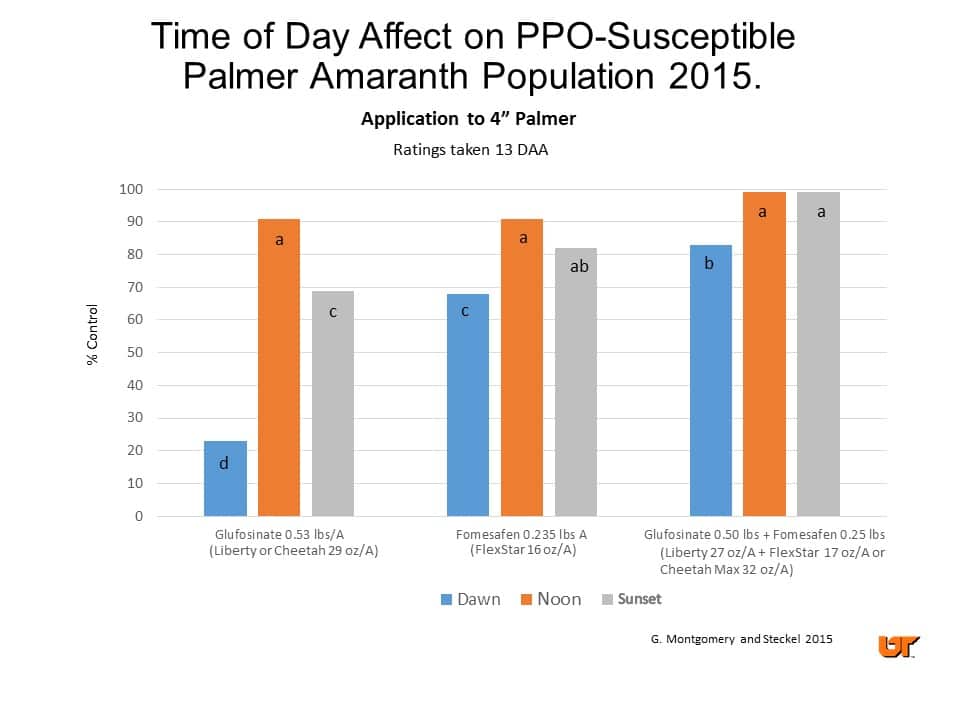 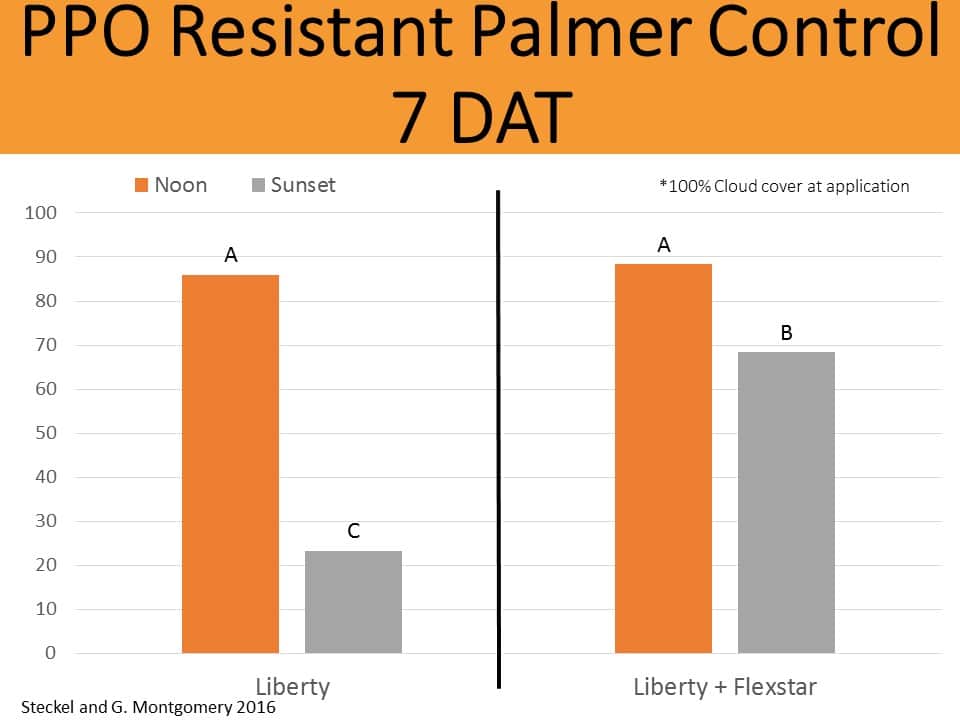 The first take-home point from these two studies is that if at all possible, apply Liberty during the middle of the day (9 a.m. to 6 p.m.) in order to get the best Palmer amaranth control.  Second, adding fomesafen in with Liberty greatly increases the consistency of Palmer amaranth control and can often significantly mitigate the poor performance of Liberty during less than ideal environmental conditions.  However, there appears to be a limit if conditions are less than ideal and the population is PPO-resistant.  A sequential application of Liberty applied about 7 days after the first application has controlled any escaped Palmer amaranth in these situations.