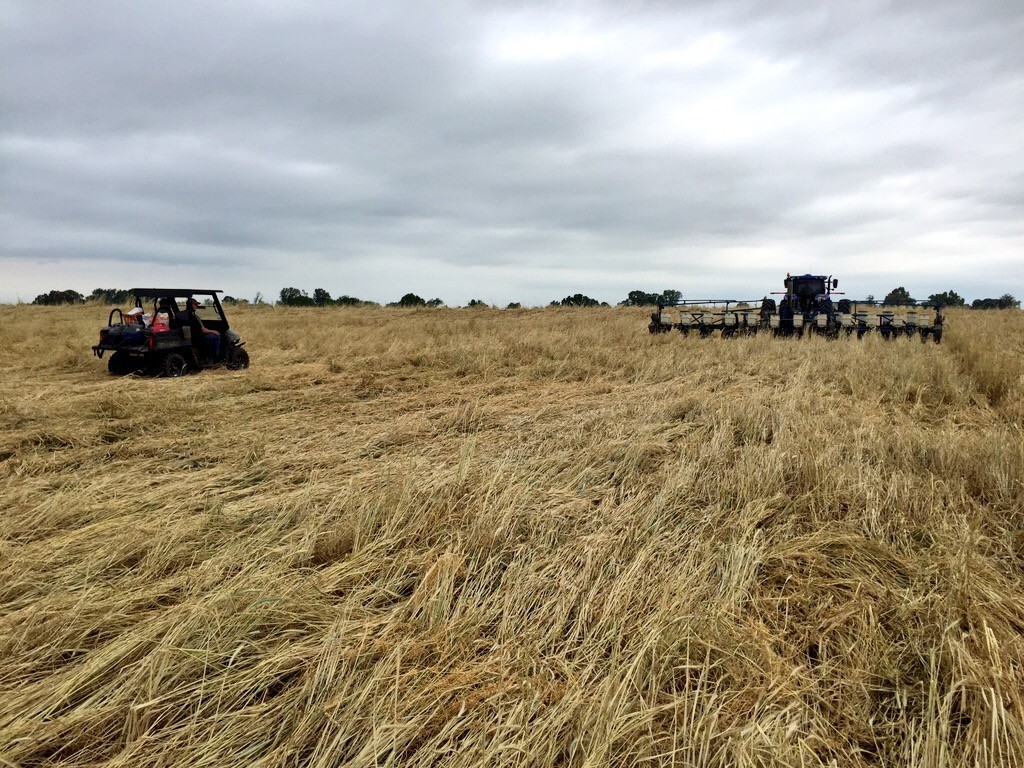 Cover crop questions have begun to pick up in recent weeks.  Many of these have stemmed around termination timing and method to maximize the benefit of the cover crop while minimizing the potential negative impacts associated with the cover on the following cash crop.  I’ve got good and bad news for you. . .

First, the good news is almost all of these practices have been evaluated in great detail in other areas of the country and are currently being evaluated here in TN.  You can read about some of the TN research in Garret Montgomery’s March 11th blog article.  Beginning in the mid 90s, a tremendous amount of research was conducted by the USDA-ARS National Soil Dynamics Lab on utilizing high biomass cover crops within multiple production systems.  Evaluated covers included cereal rye, wheat, clover, sun hemp, lupin, and oats to just name a few.  Through a tremendous amount of systems work conducted by numerous experts in their relative fields, researchers were able to pin down a relatively sound approach to maximizing cover crop benefits while minimizing potentially negative impacts of incorporating this management tool into the production system.  One could spend days reading about their findings (please see links below) – and if you are considering incorporating covers into your production I suggest you do- but I will try to summarize a few of the most relevant findings below. They generally found:

So what is the difference between that environment and ours?

Now the bad news. . . we (as a collaborative group of Agricultural Scientists) have an extremely limited dataset on multiple species mixes.  This includes the soil health mix currently promoted by the NRCS.  Several of my colleagues here at TN, including Dr. Mike Buschermohle, are collecting as much data as possible but generating conclusive evidence takes years.  The preliminary results I will share below are from one year of data from the Small Grains Research and Extension Program across two locations.  These findings are preliminary at best but do represent a first-look at the integration of a soil health cover crop mixture into our production system as compared to standard activities (fallow winter followed by full-season soybeans or a wheat/soybean double crop system).

Take home?  If adopting this system, I’d lean towards a conservative approach.  Collect as much information as possible from unbiased sources, understand that stand establishment may be more of a challenge and planter setup will take more time, and initially look to incorporate the practice on a limited number of acres.

Cover crop use to suppress Palmer in Conservation Tillage Systems