A word of caution about jumping the gun on planting wheat. There are a lot of negatives and few positives of planting wheat prior to October in Tennessee.

Over the last several years, we’ve studied how seed treatment or foliar insecticides impact wheat yields.  Presumably, most of the effects we have seen are the result of aphid control and a reduction in BYDV.  We routinely see both in our tests.  The table below summarizes the results of multiple tests done since 2007.  Here are some of my observations. 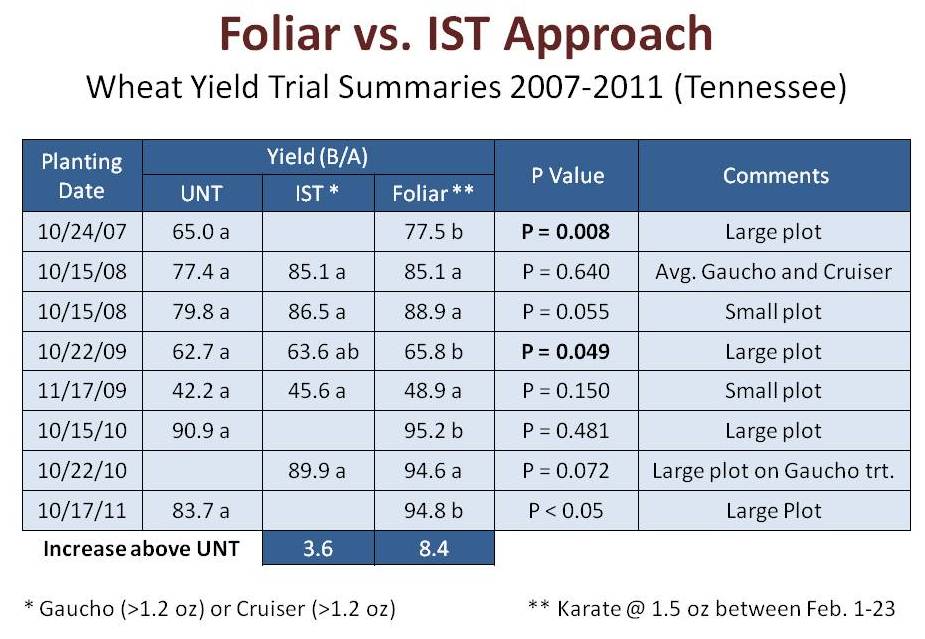