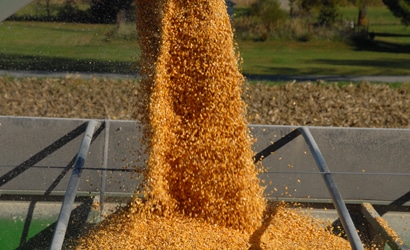 On Wednesday, November 28 and Thursday, November 29, Tennessee corn farmers and landowners will be able to vote on a statewide checkoff referendum to consider a 1 cent per bushel assessment of corn sold. If the referendum passes, the funds will be used to finance a program of research, education, market development, marketing, advertising and other methods designed to promote the increased production, consumption, use and sale of Tennessee corn products.
Tennessee corn producers and landowners who share in the production costs or the proceeds of the sale of all varieties of corn, with the exception of popcorn, sweet corn and ornamental corn, are eligible to vote. Corn producers may cast only one vote during the referendum regardless of the number of counties in which they produce or market corn. Corn producers must sign an affidavit as part of the voting process certifying that they are corn producers.
As by law, the polling place in each county shall be the offices of the University of Tennessee Extension. The Tennessee Department of Agriculture will announce the referendum results on December 7.
More information is available at the Tennessee Department of Agriculture website.